The Pandemic Dealt a Blow to Financial Security. Here’s What TIAA’s CEO Says Could Minimize the Damage. 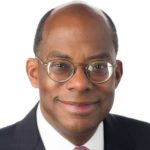 Roger Ferguson has long focused on financial well-being and retirement security as the head of TIAA. Both have been dealt a blow during the pandemic, but the past year’s events could also be a catalyst for change. Ferguson will turn over the reins of the financial services provider, which manages $1.3 trillion in assets including college professors’ pensions, to Thasunda Brown Duckett, a former JPMorgan Chase executive and new addition to the Barron’s 100 Most Influential Women in Finance list, in May, when he retires.

Roger W. Ferguson, Jr., is the former President and Chief Executive Officer of TIAA. Prior to joining TIAA, Mr. Ferguson was head of financial services for Swiss Re, Chairman of Read More