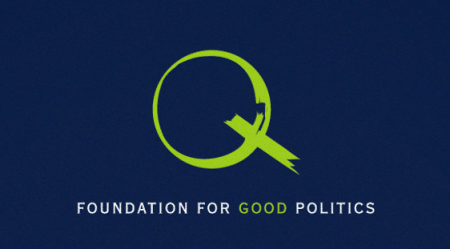 The Ideology and Politics Journal is a peer-reviewed academic journal published by the Foundation for Good Politics.

The Ideology and Politics Journal (IPJ) aims to develop an interdisciplinary platform for debates of informed and non-partisan researchers in social philosophy, political science, sociology, political economy, intellectual history, and cultural studies. Devoted to the advancement of the understanding of socio-political processes in contemporary societies around the world, the IPJ publishes special issues aimed at specific regions:

— For ten years (2011 – 2021) IPJ was focusing on the post-communist and post-Soviet regions. This will remain our focus, and every year we will publish at least one issue per year dedicated to the ideological and political issues of the region. These issues will publish articles in English, Russian, and Ukrainian languages.

— Every year, we shall also publish one IPJ issue on ideological and political processes in other regions of the world. In 2021 the IPJ Board has identified the Middle East and Northern Africa as a region for such an issue. These issues will be published in English only.

Whichever region is selected, the IPJ deals with the ideological and intellectual issues arising in the course of the formation of new or transformation of established societies. The IPJ authors explore how societies acknowledge power relations, socio-economic reality, change of values, and guiding ideas for political development. They also consider how societies understand, remember, and represent themselves and their pasts and how they project their futures. The IPJ offers to its readers theoretical and empirical works that are of interest beyond the narrow circles of academicians.

The Ideology and Politics Journal is dedicated to analyzing ideologies in their political, social, and conceptual forms. We recognize the complexity and vagueness of the concept of ideology. To address this complexity, the IPJ focuses its publications on the broadly defined manifestations of ideologies, including:

Founded by the Foundation for Good Politics (FGP), the Ideology and Politics Journal encourages discussion of the historical, cultural, and ethical dimensions of political action, intending to contribute to advancing interdisciplinary research of contemporary ideologies the promotion of good politics around the world.

We are proud to be an Open Access journal (i.e., we are available online to our readers without financial, geographic, or other limits.). We are indexed by the DOAJ (Directory of Open Access Journals, since 2015), SCOPUS (since 2016) and Index Copernicus (since 2017).