Feeling Europe Foundation is a "desk," established to foster and guide values and affairs, aiming to improve living conditions as well as human condition.The desk or the workplace from where activities are conceived and rolled out, arose from the idea of working in peace and with the help of a network in order to be able to cultivate the human spirit from which many causes for destructive disruptions arise (alma mater NEXUS Institute). The foundation has a small staff. The desk spreads information via the website, writings, social media, and campaign material. The Foundation is endorsed by: The Nexus Institute, Center for European Policy Studies (CEPS), Bruegel, Dutch Chapter of the European Movement International, Dutch Society for International Affairs, the Royal Dutch Economic Association, Caux Round Table for Moral Capitalism, Odyssey, Convention of Independent Financial Advisors.

From 2007 onwards, the foundation has participated in numerous meetings and conferences at home and abroad to learn and to share knowledge and insights to improve living conditions as well as human condition. There is action taken where possible. Some examples, focused on finance and economy, include:

Attended, on invitation by CEPS, a debate in Brussels 17-04-2008 “The new Paradigm for Financial Markets: The Credit Crisis of 2008 and What It Means” with George Soros;

Participated in a meeting “Helping Greece Rebuild” (businessinsider.com) in Athens in 2011 with, among others, Steve Forbes;

In 2013, joined European Leadership Platform during the conference “Rethinking Capitalism” with, among others, Kishore Mahbubani, Ruth Cairnie, strategist at Shell, and innovation and journalist Joris Luyendijk; and

Attended several meetings in order to contribute to stabilize the financial system in Europe.

Example of writings:
Take Care of It
21st Century: Beyond the Shock, Homo Humane
The Case of Moral Capitalism – The Long and Difficult Road
Pillars of Creation and the Condition of Man 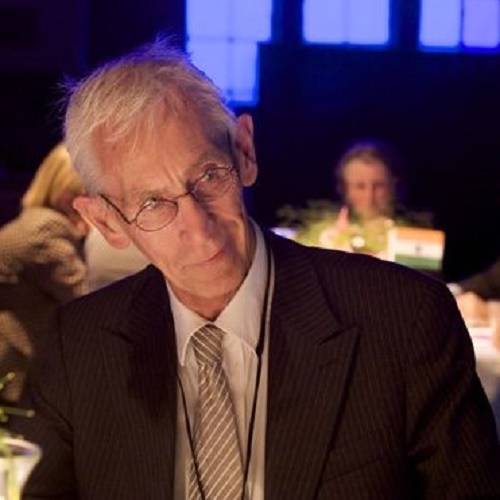