Founded in 1834, Ayala Corporation is one of the oldest and largest conglomerates in the Philippines with core interests in real estate, banking, telecommunications, and power. It also has portfolio investments in various industries including water, industrial technologies, infrastructure, health, and education. Additionally, Ayala has a social commitment arm, Ayala Foundation, which is focused on bettering the lives of Filipinos primarily by strengthening education, youth leadership, sustainable livelihood, and arts and culture in the country. Its headquarters are located in Manila, Philippines and it continues to grow its regional and global footprint, serving millions of customers across all market segments. Ayala has always been mindful of the societal challenges faced by the Philippines and that to be economically relevant, alignment between what the company does and what the country needs is key.

To improve lives through resilient businesses and risk-calculated investments that have a meaningful and lasting impact on the country’s economic and social landscape.

The Sustainable Development Goals gave us a perfect framework to which we can align ourselves and provides us with the opportunity to further our commitment to nation-building. We took a systematic approach in determining how we can significantly contribute to the SDGs and operated under these five principles:

We identified three megatrends that are relevant to the Ayala Group and also pose as the biggest challenges to Filipinos today:

From these, we envisioned the Filipino of 2030 as someone with a better quality of life and is a responsible global citizen. To do so, Ayala firmly committed to three journeys:

Within the three journeys are our business units that advocate SDGs which naturally fall in place per journey and are directly aligned to their industry. Each company has set core and stretch targets that will be annually measured and reported until 2030.

Ayala Corporation champions SDGs 8, 12, and 13. The following Ayala companies are also involved in this endeavor:

With the Ayala sustainability Blueprint, Ayala continues to create shared value and remain committed to our promise of reinventing businesses and transforming communities. All targets are slated to be fully measured until 2030 – the same time of global reckoning of the SDGs. 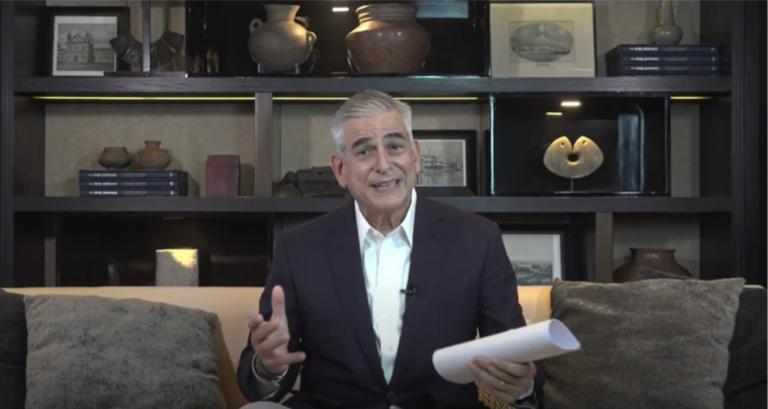 Ayala will support anti-poverty frameworks resulting in 50% reduction of extreme poverty in AFI project areas by 2030 through Ayala Foundation.

Help raise the dignity and quality of life of the underprivileged.

Ayala will champion Universal Health Coverage in the country, touching the lives of one in five Filipinos by 2030 through AC Health.

Champion Universal Health Coverage in the country by providing the largest primary care network, expanding access to quality and affordable medicines, and improving essential hospital and specialty services, touching the lives of one in five Filipinos by 2030 through AC Health.

Increase access to a progressive and quality education to help prepare the next generation of the workforce.

Increase access to a progressive and quality education to help prepare the next generation of the workforce.

Help ensure equal access for all women and men for 85% (1,258,095) of the nonworking population (aged 15 to 24) to affordable and quality secondary and tertiary education, including university, through our own schools and helping other institutions by 2030 through iPeople.

Ayala will increase renewable energy portfolio to 5 GW in the Philippines and in foreign markets by 2030 through AC Energy.

Increase renewable energy portfolio to 5 GW in the Philippines and in foreign markets by 2030 through AC Energy.

Promote inclusivity through providing banking services to the underbanked population.

Ayala will lead the country’s digital transformation by providing universal and affordable internet access in the Philippines for 90% of the population by 2030 through Globe Telecom.

Accelerate a sustainable digital lifestyle where people across society's segments have reliable access to technology.

Lead the country’s digital transformation by significantly increasing access to information and communications technology for consumers and businesses, providing universal and affordable internet access in the Philippines for 90% of the population by 2030 through Globe.

Upgrade infrastructure to make it sustainable, with increased resource efficiency and greater adoption of clean and environmentally sound technologies and industrial processes with 36,135 tons CO2 equivalent avoided through AC Infra.

Enable the first Philippine-manufactured, commercially viable, and market-accepted electric vehicle, resulting in reduced emissions through AC Industrials, and promote low-emission vehicles, ensuring that each brand offers a minimum of one model not fully dependent on a combustion engine powertrain through AC Automotive. Globally and on the manufacturing side, promote inclusive and sustainable industrialization by demonstrating manufacturing value add of USD 1 billion across all developing countries where it has operations through IMI.

Ayala will support full and productive employment and decent work for all and equal pay for work of equal value by ensuring employment remuneration is 10 to 20% above the industry average through Ayala Corporation.

Promote an inclusive workforce that supports meaningful jobs and enhances the quality of life of the workforce.

Support full and productive employment and decent work for all and equal pay for work of equal value by ensuring employment remuneration is 10 to 20% above the industry average through Ayala Corporation.

Announced on October 21, 2021, ACEN is committing to achieve net-zero greenhouse gas emissions by 2050 and will divest all thermal plants and our remaining coal plant by 2025.

To transition the company’s generation portfolio to 100% renewable energy by 2025.

ACEN is the listed energy company of the Ayala group.

Along with the divestment plan is the use of the Energy Transition Mechanism (ETM).  This strategy will enable the early retirement of SLTEC by 2040, 15 years ahead of its technical life, and transition the plant to a low carbon technology.  The ETM is an innovative funding mechanism that leverages low-cost and long-term funding geared towards early coal retirement and reinvestment of proceeds to enable renewable energy. BPI Capital Corporation will be the lead arranger for the ETM for SLTEC.

ACEN will develop and implement an integration program for the redeployment and reskilling of workers.  Those who couldn’t be redeployed and reskilled into the expanded organization will be given generous separation packages. ACEN will continue to provide salary continuance and financial support where possible.

ACEN will develop a tangible roadmap for reducing emissions, including all relevant Scope 3 emissions from the value chain in line with our net-zero by 2050 ambition, in the next 12 months.

ACEN will protect and conserve biodiversity, maintain ecosystem services, and adequately manage living natural resources in our new projects and throughout the lifecycle of our power plants. We will develop a framework to measure progress by 2023.

To help protect and enhance biodiversity that will have a positive impact on our host communities.

We will develop a framework to measure our progress and include a full report to our 2023 Sustainability Report.

ACEN commits to conducting a rapid biodiversity assessment before engaging a project and at regular intervals after projects begin.

The assessment will determine whether a habitat is modified, natural, or critical, as defined by IFC Performance Standard (PS) 6, to determine the biodiversity importance of an area.

ACEN will only operate in a critical habitat if no other viable alternatives within the area exist (e.g., modified or non-critical natural habitats).

ACEN aligns itself with the International Finance Corporation (IFC) standards on biodiversity.  IFC categorizes forest areas as natural habitats. ACEN will only convert natural habitats if no other viable alternatives within the area exist (e.g., modified or non-critical natural habitats) and external stakeholders have been consulted during the initial phase of every project development.

Mitigation measures will be designed to achieve no net loss, including identifying and protecting set-asides and/or restoring habitat during and/or after operations.

ACEN will not engage in projects in habitats with Critically Endangered or Endangered Species, as listed on the International Union for the Conservation of Nature (IUCN) Red List of Threatened Species if the project would lead to a net reduction of the species over a reasonable period.

If the species is listed nationally / regionally as critically endangered or endangered in countries that have adhered to IUCN guidance, the critical habitat determination will be made on a project-by-project basis in consultation with competent professionals.

ACEN will not engage in projects in habitats with migratory species threatened with extinction or migratory species that need or would significantly benefit from international co-operation, as identified by the Convention on the Conservation of Migratory Species of Wild Animals.

ACEN will conserve water resources, particularly in areas with limited water resources, using technology such as dry scrubbers and air-cooled systems, water withdrawn from the sea is returned 100%.

To manage aquatic habitats, ACEN will reduce intake flow for freshwater rivers and streams, lakes and reservoirs, and estuaries and tidal rivers to a level sufficient to maintain resource use and biodiversity.

ACEN commits to protect communities, including indigenous populations and vulnerable populations, possibly be affected by our new project developments and operations. We will develop a framework for measuring progress by 2023.

To partner with our host communities, empower people, improve their lives and respect human rights.

ACEN, the listed energy platform of the Ayala group, will develop a framework to measure our progress and that we can include in our 2023 Sustainability Report.

ACEN seeks to build in areas with little or no population and will avoid involuntary resettlement wherever possible.

ACEN will engage and collaborate with the affected communities and local government units when acquiring land for our projects.

ACEN will establish grievance mechanisms in the early phase of every new project development.

ACEN will conduct a rapid assessment to determine if involuntary resettlement or economic displacement will occur due to a project.

In the case of physical displacement, ACEN will provide compensation, in either resettlement property or cash, at full replacement cost for land and other assets lost.

In the case of economic displacement, ACEN will compensate for lost assets and access to assets at full replacement cost and provide opportunities to improve or at least restore their means of income-earning capacity production levels and standards of living.

We will develop a plan to match our growth in power generation with investments that will benefit our host communities, such as livelihood programs that will complement our biodiversity conservation initiatives in our project sites.