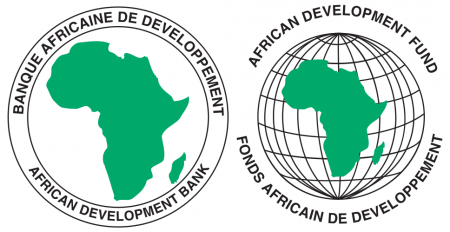 The overarching objective of the African Development Bank (AfDB) Group is to spur sustainable economic development and social progress in its regional member countries (RMCs), thus contributing to poverty reduction.

The African Development Bank Group has set an ambitious target of allocating at least 40% of its annual investments as climate finance from 2021-2025 and ensuring that at least 50% of its climate finance resources are invested in adaptation.

Africa’s green and resilient agenda is integrated in the African Development Bank Group’s Ten-Year Strategy and High 5 agenda. The Bank Group is particularly committed to enhancing its climate action and strengthening adaptation and resilience, by setting a specific target for achieving parity between adaptation finance and mitigation finance. The Bank Group is providing climate finance climate actions in Africa, mainstreaming climate change into its development projects and programs, and supporting upstream climate change and green growth measures through technical assistance and capacity building. This support will be delivered through the Bank Group’s annual lending programs and mobilization of climate finance resources.

By 2026, the African Development Bank Group will unlock $3 billion in financing for women-owned and managed businesses in Africa through the Affirmative Finance Action for Women in Africa (AFAWA).

AFAWA’s primary objective is to bridge the existing $42 billion financing gap for women owned and managed businesses in Africa to unlock their entrepreneurial capacity and full potential. AFAWA is unique as it offers a multi-dimensional approach to remove the constraints women entrepreneurs face in accessing funding and growing their businesses. AFAWA leverages the Bank Group’s financial instruments (lines of credit, trade finance, and equity investments) and an innovative de-risking mechanism to enhance financial institutions’ appetite to lend to women. AFAWA financial mechanisms receive technical assistance to ensure that the right products and services are developed to address women’s financial needs, and that women have the necessary knowledge and skills to increase their bankability. Moreover, given the importance of an inclusive, enabling environment to strengthen women’s ability to grow, AFAWA also works closely with governments to address the policy and reforms required to enhance the financial inclusion of women entrepreneurs.

By enhancing financial institutions’ knowledge of the women’s market and their appetite to lend to women as well as by increasing the bankability of women owned and managed businesses the Bank Group will unlock $3 billion dollars in financing for this market segment by 2026.