Can sustainability save capitalism? 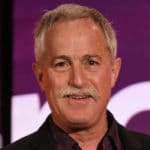 My inbox and bookshelf have been groaning lately under the heft of some weighty books, essays and reports heralding a kinder, gentler era for capitalism.

This idea isn’t exactly new. For years — decades, even — there has been a steady stream of visions and proposals aimed at, variously, reforming, rethinking, reimagining, reinventing, redefining and rebooting the operating system that drives capitalist economies. For most of those years, those visions and proposals were relegated to a relatively small group of academics and activists toiling in a world unto themselves. Few were taken seriously outside those circles.

Joel Makower is chairman and co-founder of GreenBiz Group, a media and events company focusing at the intersection of business and the clean economy. For more than 30 years, Joel Read More