CalPERS Steps up on Climate Change 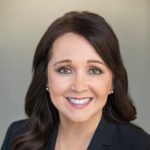 Science has shown that carbon emissions contribute to climate change and have negative health impacts on a global scale. When CalPERS reviewed the carbon footprint of its investment portfolio, the pension fund realized that of its more than 10,000 holdings, 80 companies were responsible for 50 percent of the carbon emissions within its portfolio. As an investor, CalPERS understood if it could help these 80 companies transition to lower carbon emission practices, the global impact would be significant.

Although CalPERS is a large investor, with a portfolio of more than $430 billion, the fund also understood that if it partnered with other large investors, the impact would be even more substantial. Through this idea, CalPERS became a founding member of Climate Action 100+. Founded in 2017, Climate Action 100+ now has more than 545 investors with nearly $52 trillion in assets under management. This organization works with companies to help them curb emissions, improve governance, and strengthen climate-related financial disclosures.

This article by Ed Mendel, featured in Capitol Weekly, looks at how Climate Action 100+ was started and why CalPERS believes that partnerships can drive change.

CalPERS Steps up on Climate Change

Marcie Frost joined CalPERS as chief executive officer (CEO) in October 2016. She is the ninth CEO and second woman to head the pension fund, which administers a defined benefit Read More