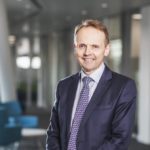 Situated in the far north of Scotland, and once home to the busiest herring port in Europe, in modern times the region of Caithness has been a central player in the energy system. Generations of workers found careers in the oil and gas industry due to the area’s proximity to the fossil fuel bounties found in the north sea.

Now, many are transferring to renewable energy, as the region take advantage of the surrounding waters’ other great resource – wind.

In 2019, the town of Wick became home to what was, at the time, Scotland’s largest offshore windfarm. Beatrice Wind Farm is located 13 kilometers off the Caithness coast and is capable of powering up to 450,000 homes. Around ninety people across the full operation in Wick and elsewhere are tasked with safely operating and maintaining Beatrice on a day-to-day basis. Beatrice’s operational base provides long-term revenue for the Wick Harbour and footfall for surrounding businesses. Independent analysis by BiGGER Economics, commissioned by SSE, found that Beatrice contributes on average £34m to the Scottish economy each year.

The site also provides opportunities for workers to transfer their skills from the oil and gas industry to renewables. Two-thirds of Beatrice’s control room employees are ex-oil and gas workers.

The world is transitioning to renewable energy sources. Whether that transition happens seamlessly or painfully depends on how it is experienced by the communities and workers who live around and work in the energy sector. The move to clean energy production ultimately requires a big change for the families of those with careers and skills rooted in oil and gas industries.

Proactively working to ensure that the benefits of the transition to net zero are broadly shared across society and risks are minimized is critical to success. Climate action anchored in concern for human rights and the needs of affected people and communities is what is known as a ‘just transition’. There is opportunity in this transition to create jobs and sustainable careers whilst retaining skills.

While a just transition will require partnership from all sectors, companies in the private sector are uniquely positioned to ensure that the move to clean energy is made swiftly and in a way that is fair and inclusive for all.

For many families who rely on work in these industries, the combined momentum of the transition, automation, and fluctuation in the market is a challenge. Alan Paul would know. Born and brought up in Wick, Alan worked in the oil and gas industry for close to 30 years before he became the control room team lead at Beatrice Farm. Uncertainty during downturns and budget cuts led him to consider a change. Faced with longer hours and more time offshore away from his family, Alan transitioned to a role with SSE during Beatrice’s construction. Instead of spending weeks offshore, he now works 650 steps from his front door.

Alan looks after a team of four control room operators and four marine coordinators. For Alan, given his background and decades of experience in different areas of energy production, he was a natural fit: “Joining the team at Beatrice, I’ve used quite a lot skills from my previous roles. I was initially an electrician offshore before moving into production operations and into supervisory roles, so the skills were definitely transferable.”

While this is true for many workers with a background in the oil and gas sector, there is more work to do to smooth the transition from high to low carbon careers. For example, safety standards and certifications can be different for offshore and onshore operations, and some may require retraining courses in firefighting, first aid, or other skills.

SSE knows the value of the skills people like Alan, from traditionally high carbon industries, have and how they can play a part in a low carbon future. The company is working hard to ensure that employees making career changes either by choice or necessity have the power to grow their networks, work on interesting projects that are contributing to positive global change, develop engineering knowledge or other skills, and work in a dynamic and rewarding environment.

According to Alan, “Oil and gas production isn’t something you can just turn the tap off – we’ve got an awful lot of infrastructure to put in place to replace it, studies to be done, electric vehicles to be built. It can’t be done overnight, but we’ve got to get away from oil and gas, and the sooner the better in my view.”

SSE has the largest renewable electricity portfolio in the UK and Ireland. Building on the experience of Beatrice, it is currently constructing more offshore wind than any other company in the world, including the world’s largest offshore wind farm off the north east coast of England.

It develops, builds, operates and invests in low-carbon infrastructure in support of the transition to net zero, including onshore and offshore wind, hydro power, and flexible generation assets alongside the electricity transmission and distribution networks.

SSE’s approach to constructing and operating Beatrice is not a one-off. The company has blazed the trail in enabling a just transition. In November 2020, SSE became the first company in the world to publish a ‘Just Transition Strategy’ with a series of principles to guide internal decision-making and influence greater fairness. The following year, the business took it further, when it outlined a series of concrete actions it would take as a company, recommendations for industry, and recommendations for government to support workers transition from high to low-carbon careers.

Some of those commitments included: board-level oversight and approval of progress against SSE’s Just Transition Strategy; piloting an engineering conversion programme for new talent transitioning into SSE from other sectors; guaranteeing fair work and quality of life standards for employees; and working with supply chain partners to demonstrate demand and build domestic supply chain capabilities and infrastructure.

SSE became the first company to publish a ‘Just Transition Strategy’ with a series of principles to guide internal decision making and influence greater fairness.

This framework guides companies as they manage their net zero transition in ways that are just for their workers, communities, and customers. It outlines 20 building blocks with examples and case studies showing how the practice has been implemented. Further, the building blocks are mapped to just transition assessment methodologies from the World Benchmarking Alliance and Climate Action 100+.

Alistair Phillips-Davies said: “We are very proud of our Just Transition work and stories like Alan’s. But we know that tackling the climate emergency, whilst creating a cheaper, cleaner, more secure energy system demands action. And that action will mean big changes in people’s lives — and
livelihoods.

“We know that many former high-carbon workers are already making the switch to join SSE to work on low-carbon projects. There is huge opportunity to be had in capturing that momentum in order to create something better than what has gone before. But in the interests of a fair and just transition for everyone, it is on us, and others, to do all we can to ensure that transition is as smooth as it can be.”

This approach is already paying dividends for those workers who are leading this transition. For Alan Paul, his long-term career outlook is bright, his hometown is benefiting economically, and in 650 steps each day, he is reminded of the improvement in his quality of life.

This article was published as part of Steps Forward, a publication exploring inclusive capitalism in action. Discover more stories of experience from CEOs in the 2022 edition magazine.

Alistair joined FTSE-100 utility SSE in 1997 and possesses a detailed knowledge of the energy sector having held a variety of senior roles within the Company. Prior to joining the Read More